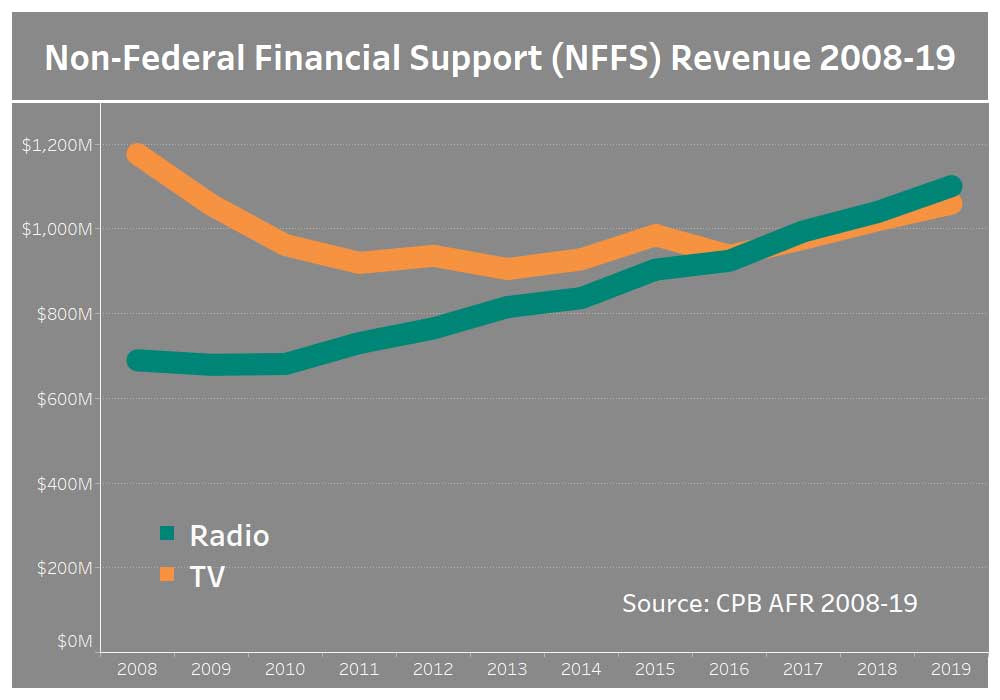 What happened in 2019: Public radio continued its decade-long trend of revenue growth, with Non-Federal Financial Support (NFFS) for public radio stations up nearly 6% between 2018 and 2019 to $1.1 billion. This follows a pattern of year-over-year increases since the Great Recession. Public radio station revenues are now 60% higher than they were in 2008. Public television NFFS in 2019 reached $1.06 billion, up 4% from 2018. However, public television stations have yet to fully recover from the damage of the recession. Public television station revenues in 2019 are still 10% lower than in 2008. 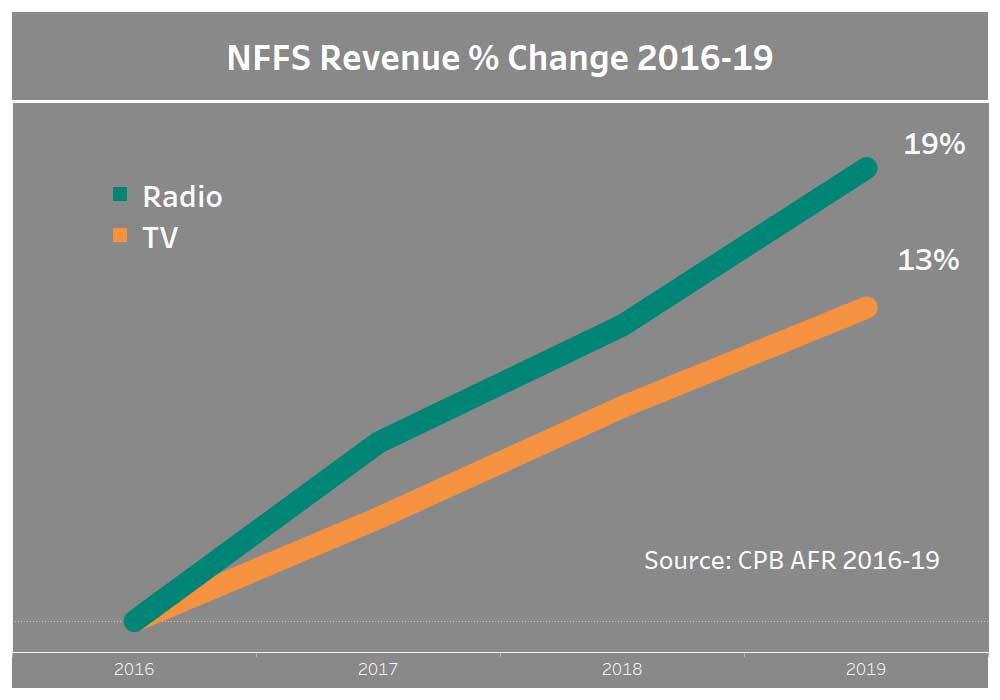 What to watch: Unfortunately, public media’s recent revenue gains are not equally spread across stations. Following a long-term trend, the largest public media stations have grown significantly in recent years but the smallest stations have been unable to grow at the same rate. The largest third of stations grew their NFFS by approximately 20% between 2016 and 2019 whereas the smallest third grew by just 3%. These size-based growth discrepancies are consistent across both public radio and public television. 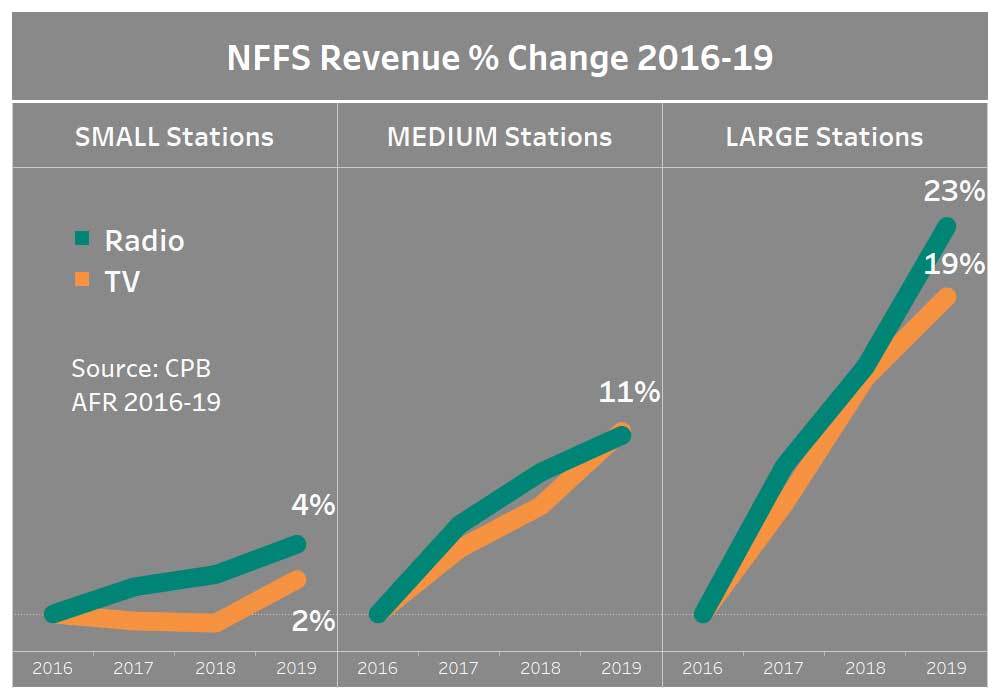 Yes, but: This analysis uses the most recent AFR data available (2019); however, the data and charts don’t include any impact from COVID-19. It will be another year before we see the impact of the pandemic showing up in the AFR data.

Want more insight: Public Media Company collects, analyzes, and interprets a lot of public media data every day. We provide a variety of insights to help you better understand your organization and identify potential opportunities for growth, including the recently launched station Financial Analysis report. See a sample report and contact Steve Holmes for more information.