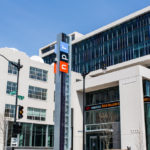 Congrats to KQED and NPR in securing a major gift from Eric and Wendy Schmidt to support investigative journalism in both California and the Midwest. Public Media Company worked with KQED, NPR and other leading California public radio stations to create and document a plan to expand investigative journalism in the state. This led to a momentous show of philanthropic support for the leadership role that public media can play in providing citizens with access to accurate, quality local news and information.

NPR will build on its strategy to expand collaborative journalism with a grant that supports a California regional newsroom and a new partnership in the Midwest.

The new Midwest collaboration will be led by four partner stations, with NPR as a national partner: St. Louis Public Radio; Iowa Public Radio; NET in Lincoln, Neb.; and KCUR in Kansas City, Mo. All 25 public radio stations in Kansas, Missouri, Iowa and Nebraska will have access to content produced by the newsroom.

NPR announced the hiring of managing editor Joanne Griffith for the California newsroom in February. The effort is being led by KQED in San Francisco alongside anchor stations KPBS in San Diego, CapRadio in Sacramento, and KPCC/LAist and KCRW in Southern California, with NPR as a national partner.