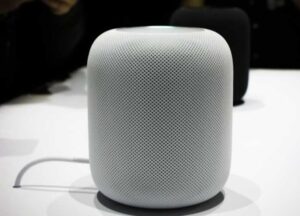 That’s according to Jeff Schmidt, Senior VP of Professional Development at the Radio Advertising Bureau, who hosted a webinar on September 8th entitled “Demystifying Digital Marketing.”

The event covered the basics of digital, including how to deploy a strategy and what kinds of questions stations should be asking.

“We need to get out of this thought that digital is something mystical,” Schmidt said. “It’s just an electronic delivery of content, whether it’s on the internet, whether it’s on a podcast, whether it’s on a streaming radio station or on a website… [Digital] democratizes development, production [and] delivery; reinvents supply chains; challenges established brands by giving new ways to engage with the content of the brands [consumers] love.” READ MORE AT INSIDE RADIO...

How Broadcasters Are Tapping into ATSC 3.0

The broadcast industry has been eagerly awaiting the rollout of ATSC 3.0, precisely because the next-gen technology standard empowers TV stations to do things TV stations aren’t known for doing. And finally, we’re seeing new companies and ventures delivering real-world applications that use ATSC 3.0 and other technologies in clever and possibly transformational ways.

Startup company Evoca, for instance, has taken over the digital spectrum of two low-power stations in Boise, Idaho, to provide more than 70 over-the-air channels of high-resolution subscription programming. It’s a virtual MVPD. But instead of relying solely on the internet to delivery video, Evoca mostly uses the ATSC 3.0 over-the-air broadcast standard.  READ MORE AT NEXT TV...

ProPublica announced the six reporters from public radio stations who have been selected to participate in its Local Reporting Network. This new cycle of the local reporting initiative, which began Sept. 1 and will continue for a year, is dedicated to accountability journalism by public broadcasting organizations and supported by a grant from the Abrams Foundation.

Through the program, local broadcast newsrooms will collaborate with ProPublica senior editor Zahira Torres for investigative projects within their communities. ProPublica will reimburse one year’s salary and benefits for each of the participating reporters and support their projects with expertise in data, research, engagement and audience elements of the work.

“As local newsrooms across the country continue to experience cutbacks, public radio serves an increasingly important role in informing communities,” Torres said. “We need accountability reporting at the local level now more than ever. I look forward to working with these newsrooms to support their ambitious projects.” READ MORE AT PROPUBLICA...

Furthering its commitment to delivering critical, independent journalism and essential storytelling to all communities in the Northwest, OPB’s new website at opb.org was designed and built with the digital needs and content consumption habits of OPB’s audience at the forefront. The website employs a journalistic, story-first approach, which showcases OPB’s in-depth news, politics, arts, culture, science and environment reporting that is curated and easy to navigate. READ MORE AT OPB...

West Virginia Public Broadcasting is looking at all possible options to revive the popular Mountain Stage radio show in the midst of the coronavirus pandemic, members of the state Educational Broadcasting Authority learned Wednesday.

Mountain Stage, which is recorded live, mostly at the Culture Center in Charleston, and airs on radio stations nationwide, has not had a live show since early March.

Show producers are planning a walk-through of a show on Sept. 20, to try to determine if it would be possible to tape an audience-free show while maintaining COVID-19 safety protocols, he said. READ MORE...