Our October blog post explored how public radio revenue is now higher than public television revenue thanks to significant radio growth over the past decade. The post also highlighted great disparities between radio stations of different sizes – big growth for large stations and revenue declines for small stations. The variation by station size is also very evident in public television. Small TV stations (those with annual revenue below $5M) declined by 32% between 2008 and 2018 but large TV stations (those with revenue above $10M) declined by a much lower 8%. 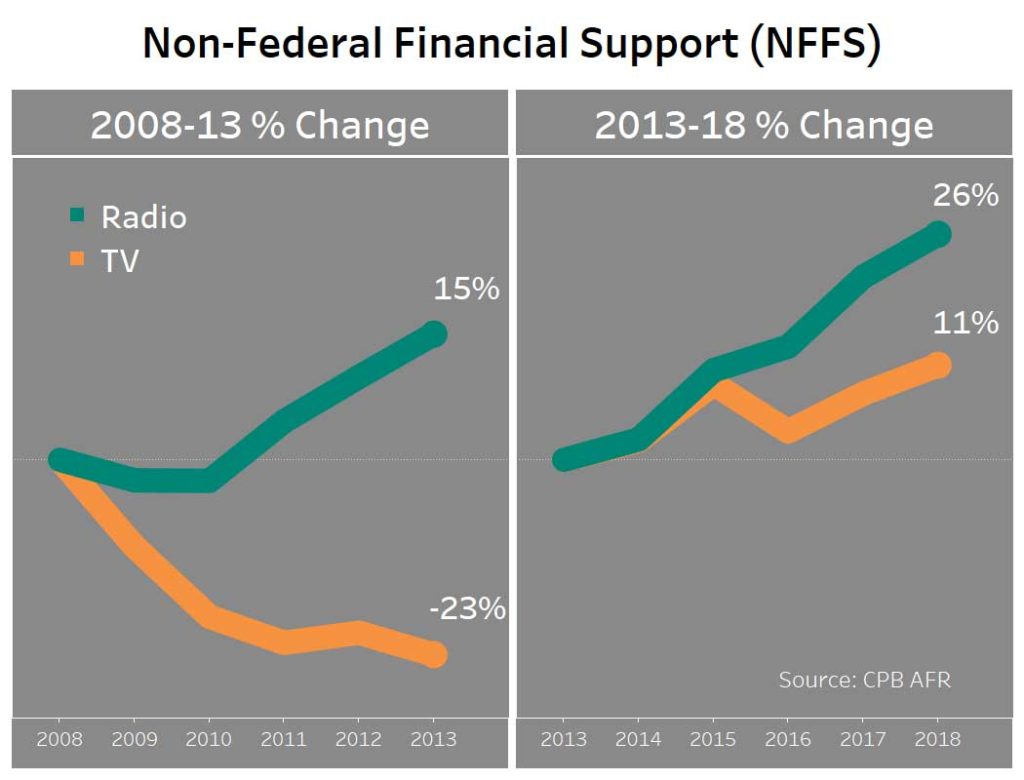 The type of station also matters. The revenue trends for radio and television stations look very different, depending on whether you are looking at community licensees (stations licensed to independent 501(c)(3) organizations), university licensees, or state licensees. From 2013 to 2018, community public radio stations outgrew their TV counterparts 27% to 20% but the variances were much larger at institutional licensees: 25% revenue growth for radio versus 5% for TV at university stations and 23% growth for radio compared with a 3% revenue decline for state licensed TV stations. 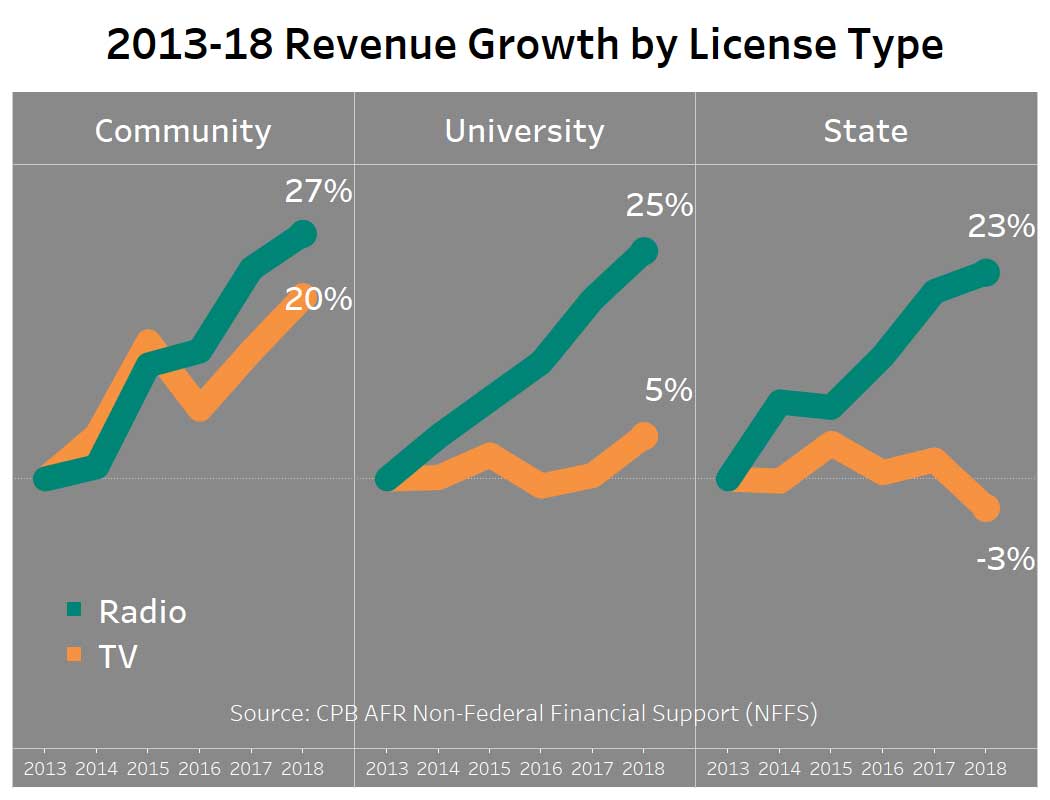 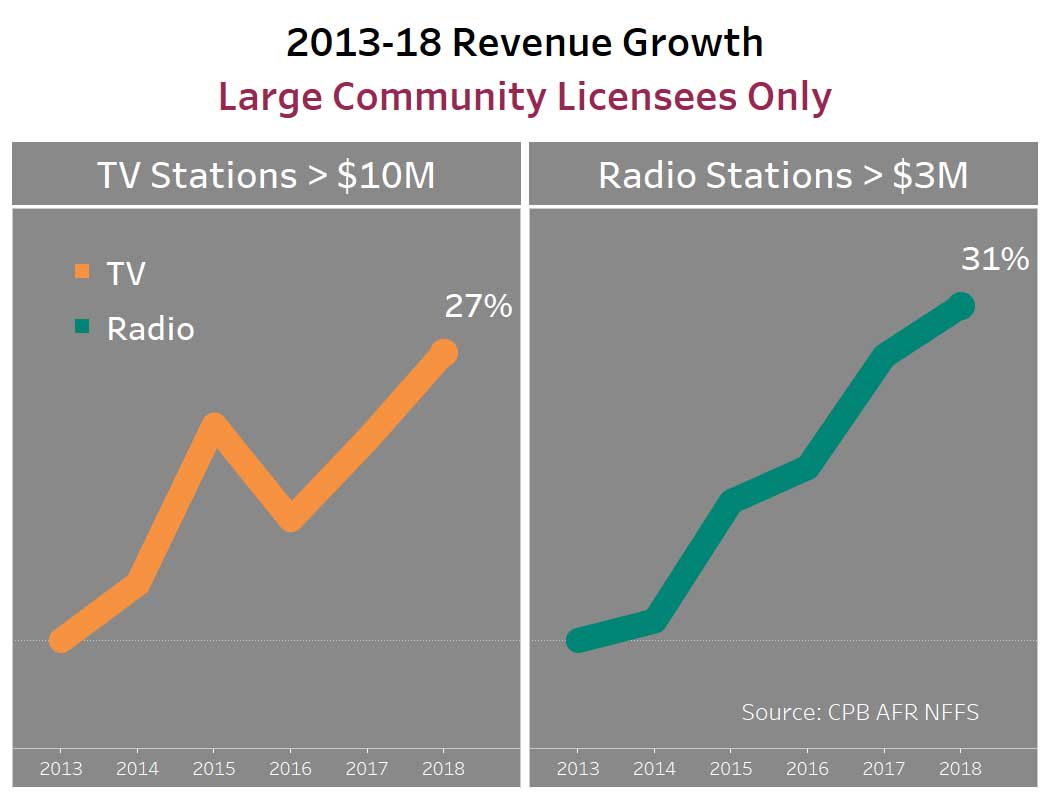 So are public radio and television stations really that different? It depends on when and where you look. We’ll continue exploring this and other questions in a future blog post.

Public Media Company collects, analyzes, and interprets a lot of public media data every day. If you would like to learn more about our work or help better understanding your organization’s performance and potential opportunities for growth, please contact Steve Holmes. And please sign up for our quarterly newsletter!