Public Media Company is a nonprofit strategic consulting company devoted to strengthening and supporting public media — and we couldn't do it without a remarkable team with years of experience, knowledge, and insight. 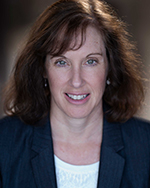 Erin Moran is a nonprofit leader with a longstanding passion for building innovative and sustainable enterprises. Her expertise is rooted in more than 30 years of advisory and financial oversight roles and extensive experience as a key consultant to many growing nonprofits in public media and as a senior executive of an international leasing firm. As President of Public Media Company, Erin focuses her time on forging new partnerships and initiatives to build the overall growth and sustainability of public media, advising public and independent media on the financial and operational steps to executing strategic initiatives, and educating advocates about the unique role that Public Media Company plays in keeping public media strong.

Prior to joining Public Media Company in 2002, Erin ran the finance, operations and IT functions of a 10-country, $250 million leasing business unit in Europe for Key Bank. Other roles in international leasing included Vice President, Systems Integrations and Director of Internal Audit, Tax and Investment Programs. Erin started her career as an auditor with two of the largest international CPA firms. Erin also served as an instructor of Financial Statement Analysis for graduate students at Leeds Business School at the University of Colorado. 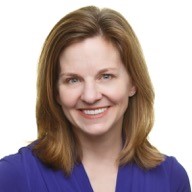 Alison has more than 25 years of senior leadership experience in public broadcasting, journalism and digital media start-ups, launching and stewarding many new editorial products and services in newspapers, public radio and online news sites. She currently provides strategic and operations management consulting services to nonprofit public and independent media in her role as Managing Director, Public Media Company. Alison’s skills and expertise include creating and advising on effective models for journalism and content initiatives and launching new independent media ventures. She also serves as the Executive Director of Channel X, a content exchange for public media.

Alison holds a graduate degree from the Medill School of Journalism at Northwestern University and a B.S. from Vanderbilt University, where she ran the college’s radio station, WRVU Nashville. Outside of work, Alison enjoys biking and traveling (preferably both at the same time). E-mail Alison at alison@publicmedia.co. 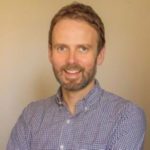 Steve has extensive experience working in partnership with public media leaders to provide new insights and develop strategies that focus on increased local impact and long-term station sustainability. Steve provides Public Media Company clients with strategic and financial management consulting services underpinned with the most recent and relevant data, visualization, and analytical insights that help ensure public media organizations of all sizes play a relevant and growing role in their communities. He also leads Station Sourcing Group, a procurement service for stations that is a joint venture between Public Media Company and CDP.

Prior to working in public media, Steve helped launch, acquire, and grow new products, services, and businesses around the world as part of Royal Mail’s International Services team. He holds an MBA from Duke University. Email Steve at steve@publicmedia.co.

Evran oversees client engagements and the creation of complex financial models, business plans, and asset valuations for clients. Evran works directly with a broad range of organizations ranging from start-ups to the largest public broadcasters providing valuable operational and financial insight through data analytics, business plans and overall industry trends (radio/TV/new media) to senior management as well as key decisions makers at the board level. He also facilitates loans for clients and played a key role in underwriting and structuring the $8M in loans made to public broadcasting organizations from PMC’s Public Radio Fund.

Prior to joining Public Media Company in 2005, Evran served as an accounting assistant at KPBS Public Broadcasting in San Diego. Evran began his career in Istanbul, Turkey at an investment trust firm, evaluating the financial condition of publicly traded stocks in a variety of industries.

Evran earned a master's degree in finance from California State University in San Diego and a bachelor’s degree in management engineering from Istanbul Technical University in Turkey. Outside of work, Evran is an avid photographer and loves to travel. E-mail Evran at evran@publicmedia.co. 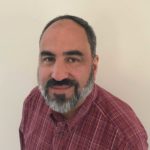 Carlos has held numerous leadership roles over his 20-year career in media companies developing new business ideas, forging partnerships, leading acquisitions, and securing revenue-generating opportunities. As Director of Business Development at NPR, he directed the formation of National Public Media and led the planning to create NPR Music. He also led the acquisition of Public Interactive from PRI, and established a partnership with commercial radio broadcasters and public radio stations to provide HD data-casting services.

At Tribune Company he held leadership roles in new digital ventures spawned from Tribune Company’s partnership with America Online, culminating with his role as Chief Operating Officer of Blackvoices.com. He started his Tribune career in corporate development where he worked on the acquisition of television stations and evaluated investments in international businesses and online ventures.

Terri oversees the day-to-day accounting functions at Public Media Company and provides virtual accounting services to a number of Public Media Company clients. With her strong organizational skills, Terri oversees customer support, assists in communications and fundraising, and provides invaluable support to Public Media Company's management team and board. A well-rounded team player, Terri has also been known to generate coverage maps for client projects. Terri previously worked as a customer service representative for Bowne of Denver, where she coordinated all aspects of the printing of clients’ financial documents for submission to the SEC.

Terri has an Associate Degree in Accounting. When not at work, Terri enjoys being outdoors and spending time with her family. E-mail Terri at terri@publicmedia.co.

Vinnie served as Chief Operating Officer of the Corporation for Public Broadcasting (CPB) for nearly a decade. As COO for CPB, Vinnie had overall responsibility for managing CPB’s policy, grant-making and station support activities. While at CPB, Vinnie was also deeply involved in spectrum policy and advocated for public television’s interests in the spectrum auction at the highest levels of the FCC.

Hannah Eaves is a digital innovation strategist who works with media companies and foundations to increase their impact. Recent projects have encompassed product design and development, startup accelerator research and program design, and media impact measurement. Her current and past clients include Public Media Company, the Bill & Melinda Gates Foundation, the Knight Foundation, Matter Ventures, and CUNY.

Prior to working with Public Media Company, Cliff served as a front page content editor for Yahoo.com, the #1 visited site on the internet and helped usher in the site's most recent redesign. Cliff has also worked as a digital producer for News Corp's News.com.au in Sydney, Australia and Businessweek.com in New York, focusing on technology, lifestyle and small business.

As the COO for VuHaus, Chris Kirchner manages the daily activities of VuHaus Group, its station network and the Live Sessions site on NPR Music, as well as directing all sponsorship activities to develop and grow VuHaus’ financial capacity. He is an accomplished broadcast sales manager, who has overseen multi-million dollar revenue and expense budgets at Greater Media and CBS Radio stations in Philadelphia.

Erik co-founded and serves as the President of VuHaus, a live performance music video collaboration of the nation’s leading public radio music stations. Prior to joining Public Media Company, Erik was a corporate attorney at the law firms of Latham and Watkins in San Francisco and Kirkland and Ellis in New York City, and also worked at the United Nations Office of the High Commissioner for Human Rights in Geneva.